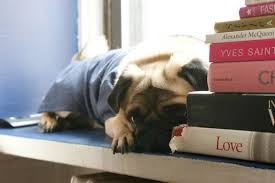 I was excited to hear Sofia Samatar was writing a new novel set in the same world as A Stranger in Olondria. I had listened to the book on audio a few months before and was interested to see what else she would do for the world.

The thought Samatar puts into the world and the religious development is fantastic. She features a number of well thought-out political and religious overlaps and how those interact.

One of the things I noticed right away was the consistency in Samatar’s writing style. The similarity in the first character’s voice and the narrator’s in Olondria was striking. Samatar’s sentence construction and description styles for the two felt very similar. In a way, I both liked and disliked this. I liked the consistency and the distinctiveness of Samatar’s writing, but worried that the book would be atonal, especially considering that there were three other characters whose points of view were about to be presented.

The stories’ characters were definitely distinct. They ran the gambit from funny and loving to dark and brooding. I would argue that the story is family based. The initial character is a young woman in line for the throne. Her family has worked hard to position themselves to take control. After a semi-scandal involving her sister and cousin, she is the last hope to marry well and secure the family’s position, but she runs away to join the army, to become a shieldmaiden.

From that point forward, she becomes the catalyst for revolution, eventually involving her lover, sister, and political rival’s daughter.

The story is fantastical and brings back some interesting characters like Tailon, the daughter of the Priest of the Stone. The overall connections between the characters shows the depth of the story’s construction. Each character influences the others, eventually contributing to the political upheaval that takes place.

I really enjoyed the addition to the world Samatar built in A Stranger in Olondria. That being said, I wasn’t always sure that the story would have stood well on its own without my previously having read Samatar’s work.

The story feels very much like a series of intertwined novellas. Each new perspective pushes the story forward without always answering the questions left behind by the other stories. Some of the lore of Avalei is pretty important to the story overall, but doesn’t receive the same in-depth treatment that was needed in Olondria. In a way this makes sense, the distinction between the theology of the stone and Avalei is less important, but I imagine that reading The Winged Histories first may leave you a little lost.

At the same time, I can see the potential for the story to be a great introduction and context to its predecessor.

Thanks to Small Beer Press who provided me with a copy of The Winged Histories for review.

Comment for a chance to win! Giveaway closes 3/15 at midnight CST. US addresses only