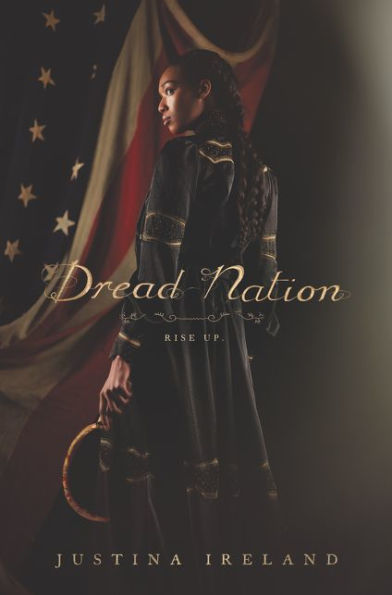 Cover Description: “Jane McKeene was born two days before the dead began to walk the battlefields of Gettysburg, Pennsylvania—derailing the War Between the States and changing the nation forever.

In this new America, safety for all depends on the work of a few, and laws like the Native and Negro Education Act require certain children attend combat schools to learn to put down the dead.

But there are also opportunities—and Jane is studying to become an Attendant, trained in both weaponry and etiquette to protect the well-to-do. It’s a chance for a better life for Negro girls like Jane. After all, not even being the daughter of a wealthy white Southern woman could save her from society’s expectations.

But that’s not a life Jane wants. Almost finished with her education at Miss Preston’s School of Combat in Baltimore, Jane is set on returning to her Kentucky home and doesn’t pay much mind to the politics of the eastern cities, with their talk of returning America to the glory of its days before the dead rose.

But when families around Baltimore County begin to go missing, Jane is caught in the middle of a conspiracy, one that finds her in a desperate fight for her life against some powerful enemies.

And the restless dead, it would seem, are the least of her problems.”

END_OF_DOCUMENT_TOKEN_TO_BE_REPLACED 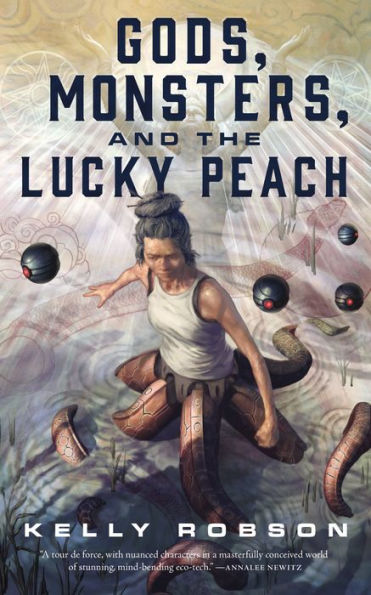 Spoilers abound in this review of Kelly Robson’s Gods, Monsters, and the Lucky Peach.

Cover Description: “Discover a shifting history of adventure as humanity clashes over whether to repair their ruined planet or luxuriate in a less tainted past.

In 2267, Earth has just begun to recover from worldwide ecological disasters. Minh is part of the generation that first moved back up to the surface of the Earth from the underground hells, to reclaim humanity’s ancestral habitat. She’s spent her entire life restoring river ecosystems, but lately the kind of long-term restoration projects Minh works on have been stalled due to the invention of time travel. When she gets the opportunity take a team to 2000 BC to survey the Tigris and Euphrates rivers, she jumps at the chance to uncover the secrets of the shadowy think tank that controls time travel technology.”

END_OF_DOCUMENT_TOKEN_TO_BE_REPLACED

Review: The Road by Cormac McCarthy

This book hit a lot of powerful notes. It focuses solely on the journey of an unnamed father and son. They’re travelling south in an attempt to escape the harsh, post-apocalyptic winters. The world has fallen apart, murderers are everywhere and food is extremely scarce. They scavenge together along the road during their journey and the father is waning both in health and spirit.

One of the things that McCarthy does very well is show the desperation that the father is feeling. He’s desperate to protect his son, to keep moving, to find shelter and food. The father is especially desperate to keep his son hopeful and good, despite his own negative influence on his son.

The son is consistently empathetic. He’s never known a world other than the deathly end-of-the-world one in which they now live. However, he’s a good soul. He has no real tolerance for force or violence and seeks the good in others. His father consistently reminds him to be vigilant, less trusting than he is. The son can’t seem to stop searching for good people.

The contrast between the two characters is striking.

There is some gore, but I didn’t find it overwhelming. That’s probably just me, though. McCarthy’s world is so barren that people resort in some cases to some very violent and disturbingly intentional cannibalism. In some cases, humans have been trapped or hunted by others. If this isn’t something you can deal with, be warned, but it isn’t overly graphic or detailed.

McCarthy does show: sometimes life is so bad that you wish you weren’t alive.

The only part I was disappointed in was the end. I enjoyed the end up until the last bit where others become involved. It wasn’t a bad ending, but I thought it was too easy and I couldn’t help but think that none of the danger posed by others seemed prevalent or to stay in the characters’ minds.

McCarthy’s narrative style is presented in short paragraphs detailing the events as they happen. The dialogue is unmarked and there is a serious, though intentional, lack of punctuation. I thought this lent quite a bit to his story. It allowed him to transition between scenes and the present and past easily. The lack of punctuation may have been distracting if it weren’t so understated. It read more like you were listening in to the conversation than like you were reading it. I liked that aspect in particular.