Find my spoiler-free review of The Tangled Lands by Paolo Bacigalupi and Tobias S. Buckell.

Cover Description: “From award-winning and New York Times bestselling authors Paolo Bacigalupi and Tobias Buckell comes a fantasy novel told in four parts about a land crippled by the use of magic, and a tyrant who is trying to rebuild an empire—unless the people find a way to resist.

Khaim, The Blue City, is the last remaining city in a crumbled empire that overly relied upon magic until it became toxic. It is run by a tyrant known as The Jolly Mayor and his devious right hand, the last archmage in the world. Together they try to collect all the magic for themselves so they can control the citizens of the city. But when their decadence reaches new heights and begins to destroy the environment, the people stage an uprising to stop them.

In four interrelated parts, The Tangled Lands is an evocative and epic story of resistance and heroic sacrifice in the twisted remains surrounding the last great city of Khaim. Paolo Bacigalupi and Tobias Buckell have created a fantasy for our times about a decadent and rotting empire facing environmental collapse from within—and yet hope emerges from unlikely places with women warriors and alchemical solutions.”

END_OF_DOCUMENT_TOKEN_TO_BE_REPLACED

Mary Robinette Kowal’s Forest of Memory is a new Tor.com novella that (according to my .pdf reader) is about 50 pages. It also happens to be great to read while you soak your feet (which may or may not be how I read it). It chronicles the mysterious and unconfirmed week of a young woman who had gone missing.

The story is told from a first person perspective. The narrator, Katya, is a young woman who deals in antiquities, artifacts from previous years that show their wear. She goes up to look at a fairly rare find, a manual typewriter and dictionary, and is waylaid on her way home by a stranger who appears to be shooting—poaching? meddling with?— deer in the forest. She almost runs into the deer, but when the stranger notices her, he kidnaps her.

The story is fun for a number of reasons. The narrator is unreliable; it’s filled with intrigue; and you find yourself just wanting to know what in the world is going on.

It’s set in a future where people are constantly in touch with one another. People live stream everything. The narrator is particularly well known for this, because the authenticity and story that goes along with the items is as valuable, if not more, than the item itself. The very idea that someone could go missing and show up on the other side of the country without anyone knowing is basically unfathomable.

This brings into question a lot of different topics, like whether you can count on an individual’s memory, how interconnected we are, whether you can really have something be valid and authentic without “proof.” Kowal takes an, at times, round about way of talking about these issues, but the overall impact is no less effective.

The story is suspenseful and entertaining. There are moments where it can be slow, but this is often a good change of pace from the more tense moments of the book. The narrator is likeable, if unbelievable.

This was a pretty perfect evening-in book. Kowal managed to make an interesting world with a captivating plot that leaves you just wanting more. Better yet, she did it all in a story you can read in a sitting.

A big thanks to Tor.com for providing me with a copy of Forest of Memories in exchange for an honest review. 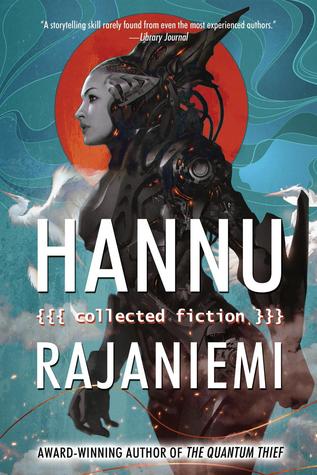